Leading with the Past

The Mets last game at Shea on Sunday could have been a real celebration of the present Mets (after Johan Santana pitched a brilliant game on Saturday with three-days rest), and the past Mets, with many Amazin's back to celebrate their time at Shea after the game. But it was not meant to be.

The present Amazin's were just not that amazing; they were a talented, but high-priced shadow of the teams that performed magic at Shea. This was the second year in a row for a sobering collapse in the last few weeks of the season. Yes, there was the failure of the bullpen and the loss of Billy Wagner, but there the frustrating at bats of David Wright, and some of the other sluggers on the last and lost Sunday.

The fans were frustrated by the end, but they stayed and were brightened by the memories of what had been the great and not-so great Mets of their 46 year history. It was time to focus on the winners of today and the playoffs to come, or so TBS thought in its coverage on Sunday.

It might have been time for the cries of "wait til next year" in the new park a replica of Ebbets Field the symbol of Brooklyn teams that came so frustratingly close and won one year only to be taken away shortly thereafter. No it was not that time yet.

It was time to reflect on the greatness of the checkered past of the Amazins' and the stadium that hosted the improbable events of the short but rich heritage of the Mets. 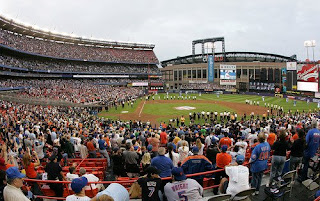 It was time to remember the grit of Lennie Dykstra, and John Franco; the great catches of Cleon Jones and Tommie Agee, and Ron Swoboda; the smooth and consistent skill of Tom Seaver, Jerry Koosman, Keith Hernandez, and Mike Piazza; the lost promise of Dwight Gooden and Daryl Strawberry, the privilege of watching Willie Mays and Duke Snider in Mets uniforms; and it was the time to remember how the likes of Rod Kanehl, Marv Throneberry, and Ed Kranepool and countless others could play over the head, and keep the Mets in most games against their more talented opponents. It was not yet time to move on.
Posted by 5L at 12:14 AM No comments: 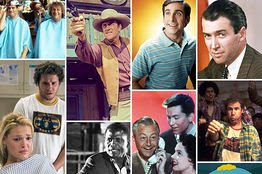 Being a guy for all my life has been mostly fun, but a struggle at times. I work very hard and at work, I try to be as effective at solving problems (and helping people) as I can be. But when I am off from work, which isn't often, I want to enter more of a responsibility-free child-like state. Some men spend more time in this child-like state, and pose some difficulty for the women in their lives.

An intriguing new book examines how guyhood got that way. "Men to Boys," by Gary Cross, a "cultural historian" at Penn State, examines the gradual devolution of manhood over three generations. It goes from the lingering Victorian ideals of masculinity and self-restraint, being a gentleman and "measured deference to female culture at home" in the 1940s, 50s, and early 60s (seen currently on the TV series "Mad Men") to the comic outlandishness of radio host Howard Stern and ex-basketball player Dennis Rodman-- and then tells us what it means. The patron saint of manhood has morphed from Cary Grant (mature, decisive, and manly) to Hugh Grant (less mature, indecisive, and ambiguous), and we have left behind the Victorian patriarch without finding a good substitute.

In the Wall Street Journal's words, Mr. Cross's takes us on a "thoughtful journey through the male-strom of modern masculinity." Their review of the book is at the following web address: 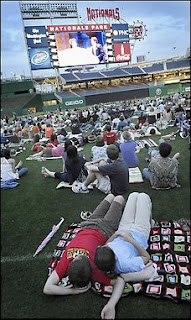 I like to break down barriers that tend to keep people in their boxes and silos, and mix them so we can learn from each other. So, it was a natural to see the simulcast of the Washington National Opera Company at DC's National Park on a clear Saturday night. There were some baseball fans who probably attend every event at the ball park, and families just out on a nice night for a free event (where kids could roam free), mixed mostly with opera buffs who probably do not set foot in a ball park often, let alone take the subway to an event. About 15,000 people came out to cheer the screened-in opera, and they mixed and mingled, and probably added some fans to both baseball and opera and everyone lived more happily ever after....