That Time of the Year...Again

It's that time of year again to look back and look ahead. While life and the economy are as volatile as a pinball machine, and we are ready to undergo some changes and start a new game, we must first look again at the year that's past.

It has been a remarkable year of disappointment and hope, but it is ending on a note of hope.... After a long and longer year of an endless political campaign that seemed destined to never end, it suddenly ended with a record-breaking election with long lines at the polls, after a seemingly endless supply of money was raised and many people became newly involved in the political process. No matter what stripe of politics you support, there was a demand for change and rethinking, and, for some, a new sense of hope for the future. It is now a future in which anyone (with certain skills and talents) can rise and become President, even while we work through a massive and complex economic crisis that finally caught up with our past economic "up ticks" (that had no end in sight).

It has been one for the books, while actual books, cds and newspapers continue to suffer, and gas prices explode--going first way up, and, then as quickly, way down within periods of a few weeks. There has also been a sense of loss of control while stock prices dip explosively lower and then a little higher. But we end with some deep disappointment at our banks, other financial institutions, our bankers and investment managers, and large corporations that were supposed to know better. So, we will all learn together, but we will save that for next year.

In the meantime, what kind of music passed our earbuds and airwaves and Internet blogs this year? Free radio and even satellite radio continued to weaken their holds on our ears, mergers and consolidations seemed part of the solution, and our musical tastes in pop also turned volatile with Britney our poster child/adult hitting both new lows, and reemerging in a Circus-like comeback with reworked pop pablum of earlier times. Even the New Kids were retreaded and popular again. It was just that kind of year.

Funk and soul showed signs of reemerging with new voices like Santogold, MGMT, TV on the Radio, and Sia, and and a new contingent of British voices, like Adele and Laurie Lewis, came shining to the front in the Lilly Allen style while Amy Winehouse (why do I want to spell her "Whinehouse") our last great vocal hope had to seek the real "rehab" and hopefully retooling. New jam bands emerged in Dr. Dog and Mountain Goat (who sometimes play with cellist Erik Friedlander), while more experimental sounds of School of Seven Bells, and modern classical artists, such as cellist Matt Haimovitz, and guitarist Benjamin Verdery, Professor of Guitar at the Yale School of Music, also did some interesting experiments, such as playing interesting versions of Jimi Hendrix songs. Vampire Weekend, and Fred showed their ska and African and Irish roots respectively. There was also the less experimental folky sounds of She and Him, the Watson Twins, Bird and the Bee, BellX1, James Yorkston, Noah and the Whale, and Earlimart (with the cleverly-titled "Hymn and Her). and the emerging Americana roots/folk, Southern (by way of Oberlin and Brooklyn) sound of singer/violinist Carrie Rodriguez with her latest CD, "She Ain't Me." A popular form of jazz vocalist/stylist reemerged (with thanks to Nora Jones) in the persons of Laura Marling, and Jane Monheit. Even new finds such as the Fleet Foxes, Bon Iver, The Hold Steady, 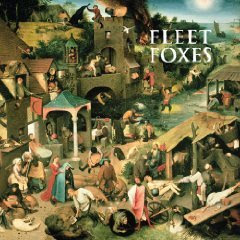 Glasvegas, Black Mountain, The Gaslight Anthem, Panic At the Disco, the Ting Tings, the Dutchess and the Duke, Shearwater and Stephen Malkmus & The Jicks tended to the safe and tested forms in this year of dealing with adversity and hope for the future, and the older Kings of Leon, and Coldplay, continued to turn out fine music but some of it sounded very familiar. Speaking of the new but familiar, Freedom Wind channels the Beach Boys, and thenewno2, the latest project of Dhani Harrison, the son of rock royalty, pleasantly updates the tried and true.

From the familiar to the even more familiar, it is doubly fitting to end this look back with two very familiar artists who came out with outstanding albums. Neil Young brushed off the intimate "Sugar Mountain," which is mostly acoustic, that comes in Neil's solo career right after the breakup of Buffalo Springfield. Bob Dylan gave us another great installment (perhaps the most ambitious one) in his "Bootleg Series," the well-titled "Tell Tale Signs," which included many fine previously unreleased recordings, live performances, and alternate takes of songs from some of his more recent albums. The songs sound fresh, alive and relevant. A Rolling Stone reviewer said that Mr. Dylan "sharpens and expands the vista of 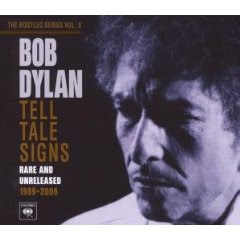 mortal and cultural disintegration that has been the chief theme of 1997's Time Out of Mind, 2001's "Love and Theft", and 2006's Modern Times - perhaps the most daring music he's ever made. Tell Tale Signs makes plain that Dylan knows the caprices of the world he lives in, now more than ever."

So it's Dylan and Young, modern troubadours, still relevant for our capricious times. Music, like many businesses and government are at the crossroads. So, here's to our lessons learned for a hopefully bright not blighted future.... The learning curve lies ahead.... More to come--some past, present and future.