It was to be a reunion of sorts and a celebration of an anniversary of student life now many years ago. Although it still seemed fresh and the struggles of college are still with me.  I expected it to be an uplifting re-uniting in some respects to those fast and sometimes reckless times of raw discoveries, and I expected it to be forward thinking in others.  We were products from the sixties after all and we are active and activist.

But the programs and discussions designed for us were a marketer's view of what our life was like now--we were just another statistic of aging--wanting to hear about health care, retirement, and being awe struck by the tech predictions for 2041, a time we may not be around to see. We had earned this next and clearly slower phase of life and we were marked as not to be very active in it.  It was like the ads on TV nightly news, that old and passive way of gathering news for those viewers who society who passed by.  This was for those viewers, who wear pastel pants and now only need a confluence of new drugs to do for them what they could do before.  We were being judged as passed by and passive, not vital and vibrant to the society of today.  Heroes or players at least, perhaps of another time, but not now.

It was just a day after I had worked on guidance for schools to treat transgender students to be treated fairly.  That was a logical extension of the civil rights movement that keeps on taking on the new unfairness-es of today, so that all students could learn in a safe and fair environment.  There was a vibrancy and life in that guidance that had been left for being on life support at the reunion just one day later.  Others at the reunion talked of their recently retirements and their next projects to build a house for rest and relaxation in Florida (in a safe climate), a life to retire in, and may be take up golf, that sport of relaxation, less stress and light competing.

Yes, it was good so many people had returned to Penn (a somewhat better, more livable school now than it was then) alive and seemingly well.  And it was great to see a couple of my roommates, who I am still close to and planned to meet here.  And it was even good to talk to the female neighbor who lived in the apartment above us.  She never had the time of day for us then.  But now she was actually talking to us with a little more interest, as our ages, and stations in life and faces had come closer together--flattening out together, because we are all dealing with some of the same folds in life.

But I am not ready to be passed by as not participating in all of the joys and challenges of modern day life; there are still many more issues and problems to address as a society to allow all students of all ages to live and learn, safe and sound and in a fair environment.  It is a fairer time now than it was then, but many do not see that.  They see a happier time then were maybe we dealt with problems individually and not as well.  Age may be marketed to us in a way that is aiming us at our time to relax, but I am not ready for this type of reunion, or ready for that time to yield and get off the road. It is time to stay on that active road, engaged and ready for all that is to come.
Posted by 5L at 2:09 AM No comments:

Teaching Me Out of My Comfort Zone

A week ago was Teachers Appreciation Week, and I thought about the teachers who were so important in my development and still are so important to me. Last year, near Paterson, my home town, I had the privilege of honoring the teacher who was most influential in my life. In the blog posted today, on the Department of Education’s web site, I share my thoughts of that event and what that teacher, Moe Liss, meant to me. The blog is at:
http://blog.ed.gov/2016/05/thanks-for-teaching-me-out-of-my-comfort-zone/
I hope you enjoy it and I hope it makes you think about the most influential teacher or teachers in your life, and how we can honor and support those teachers, and other teachers who have such a critical role to play in the lives of students of all ages.
Teachers can be so important to each to each and every one of us and help us find our potential for a meaningful life. But they are often taken for granted and not given the praise, respect, support, training, and remuneration that they deserve.
I also think today of my late Aunt Ruth Bloom, an excellent third grade reading teacher in Paterson, who also played a large part in my education along with my parents, my whole family, and my friends from whom I am still learning. Here’s to all of the great teachers out there. 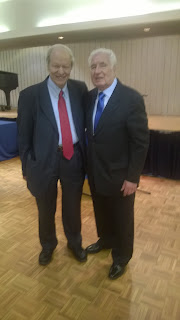