They Call Him the Fat Man, Cause He Weighed 200 Pounds, All the Girls They Love Him, Cause He Knows His Way Around

I really appreciate the love for Fats and his music--the information and the tributes keep pouring in Fats, including the quotes from Elvis on page one of the NY Times, calling Fats “the real king of rock n roll.” Fats redid Louis Armstrong's “Blueberry Hill” and created the rocking and rollicking “Ain’t That a Shame” that Pat Boone covered. Pat wanted to correct the English and take the Soul out of the song by changing its title and lyrics to “Isn’t That a Shame,” but was dissuaded from doing so. At a performance years later, Fats showed his good nature, calling Pat up to the stage and thanking him for his cover version and for helping Fats buy his latest ring.

Fats did a great job of bringing Jazz, crooning, Creole influences, and rhythm and blues together to help create a new music that would endure. His rolling rhythm and piano style put the “roll” into rock n roll, and his soft voice gave the blues a sweet, charming and optimistic side on “Blue Monday.”  I am glad to enjoy and memorialize Fats in a small but fitting way.
Posted by 5L at 8:35 PM No comments:

After the second game of the World Series opened on October 25, with the golden-throated Vin Scully and the iconic left-hander Fernando Valenzuela combining to throw out the first ball, we should have known that this would be a classic game, a game for the ages. A few hours later and in the next day, in the eleventh inning, it continued with the swings of fortune and the batters redefining the term "hitting in the clutch." Five homers were hit in extra innings--a record for a game, let alone a world series game. Baseball has a timeless and endless quality, but this historic 7 to 6 game finally mercifully ended--a well-fought, high-spirited battle to the end, and an instant classic.
Posted by 5L at 8:24 PM No comments:

We Found Our Thrill

“I’m ready, willing, and able to rock ‘n’ roll, all night “with Fats Domino. But I won’t be able to do that anymore because the diminutive rock royalty figure has passed away at 89. He had an easy-going singing voice and a barrel house boogie-woogie, Orleans piano style that mixed beautifully using doublets and triplets that invigorated rock piano from its early stages. His songs had an innocent joyfulness that sprung so easily from the words. His shuffling beats were catchy and unmistakable and you couldn’t just be “walkin”; you had to get up and dance. From the late 40’s through rock era 50s and all through to today, he inspired many other rock artists from Elvis to the Beatles and all that came in between and after. The shy unassuming iconic figure jolted the energy level of the rock world, and his songs, his rhythm, and the unbridled fun that was his natural accompaniment will live on. Thank you Fats; I am sorry that the whippoorwills called and you had to hurry to your “blue heaven.” 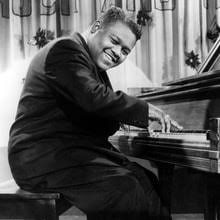 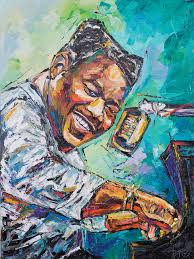 Baseball Is Truly a Metaphor for Life (especially some nights).

On Thursday night, I had roller-coaster pleasure of attending the nine to eight Cubs/Nats playoff finale. In the course of nine innings, that seemed like an eternity, just about every variety of play and every emotion in life was paraded before our very hearts, eyes, and minds. In one half inning on one play alone, there was a strike out, along with a passed ball, along with alleged batter interference, along with a throwing error, along with runners circling the bases, and an empty feeling that a whole season was being washed down a drain. Later in that half inning there was catcher’s interference call and a hit batsman. This was a half inning with a combination of events that likely never happened before in baseball’s long history. The pitcher during that catastrophic inning was one of the best in baseball, Max Scherzer, and the catcher, one of the best fielding catchers, Matt Wieter.

There were many umpires’ calls that were questioned, starting in the first inning, and there some calls overturned, including one late in the game when a Nats runner’s foot came off the base for a split second, while he was being tagged, and one of four cameras caught it all. It ended a Nats comeback that could have turned the game and the year around.

There were the routine singles, and doubles, and homeruns, walks--the usual ways people get on base, but then there seemed like every other conceivable less ordinary play in the four and three-quarter hour, nine inning marathon game. There were 14 pitchers used, along with many pinch hitters and substitutes. There was every type of successes and every type of failure--it was a true parade of the good, the bad, the ugly in life in one long game. It was draining to a great degree whether you were a Cub or Nat fan, but one was celebrating and one was not at end of this stress ridden affair.

After the dramatic game, that ended the season of one team, I walked the mile and a half back to my car at 1:00 a.m. and at 1:30 a.m., when I reached my car, I realized that my car battery was dead. It seemed like a dream and yet the perfect ending to a night of drained emotions. I had experienced the emotions of a season in one game, and it seemed like every human emotion was felt, and then to top it off all of the energy had drained out of my car.

But the night could not end that way. As fortune would have it, just then a friend/co-worker who is a Cubs fan walked by,and asked if something was wrong (other than the outcome of the game). It turned out that he had jumper cables in his car, and my night was to take another turn, while he recharged my battery so I could get home. Rooting enemies during the game, and now the brotherhood of Cub mankind came to my rescue--and once again "the world will live as one."

On Friday, still drained from the prior night’s experience, I could not watch that night’s Astros-Yanks playoff game on Friday. But on Saturday morning, I had my battery replaced and my energy level rose immediately. I quickly watched the game that I had missed on Friday, and saw the dramatic Saturday Astros/Yankee battle with my love for baseball restored and fully charged. The rejuvenation and resilience that comes with life and baseball was back in its proper place—I was ready to move forward again.
Posted by 5L at 6:18 PM No comments:

"Something In The Air"

I admit it, I usually do not want to answer, Facebook's question, "[w]hat's on your mind Phil?" But on a rainy Monday, I went ahead and did it. I hope you do not mind; it might get a little long. But here goes...
I was reminded of the words of Thunderclap Newman from his 1969 undervalued classic, there’s “Something in the Air.” There were many signs of resilience in the air this holiday weekend.
It started on Friday night with wounded but recovering House Majority WhipSteve Scalise, throwing out the first pitch at the Nationals/Cubs first game of the National League playoffs series. From a shortened but challenging distance, he threw a perfect strike. But it did not help the Nationals that night, wasting a crafty Steven Strasburg performance to lose 3 to 1. The next evening, the Nationals awakened under a bright fall, Sukkot-seasoned, harvest moon and rallied from behind (down by 3 to 1 deficit) to take a 6 to 3 victory home (sparked by a classic, upper deck Bryce Harper homer) before a loudly adoring sellout crowd.
A little later that evening, Saturday Night Live opened by foregoing its usual political opening for a uplifting and unifying statement by country rocker Jason Aldean about the recent and tragic Las Vegas shooting (Aldean was performing at the time of the shots). Aldean then paid tribute to Tom Petty, (who recently passed away) and sang his defiantly resilient “I Won’t Back Down.” in a version that unified rock and country and more. Petty, challenged by his father at an early age for not being more athletic, wrote a lot of songs of resilience, freedom, individuality, and to follow your dreams, even if you had to wait.
Sunday, was capped by two wins by the Bed Sox and Yankees in their American Leagues playoff series—both had been down two games to none earlier, and on the cusp of elimination. And late last night, to maybe frame the weekend, was the Beatle-fied and uplifting movie, “I Am Sam.”
Yes, good will not always knock out evil, right will not always overcome wrong, and clearly we are not always perfect, but we can aspire to be better, we are resilient, and I "got to admit we're getting better, better all the time." There is something in the air.
Posted by 5L at 3:51 PM No comments:

A favorite Petty performance was a Petty/Dylan/Grateful Dead concert at DC's RFK Stadium during Independence Day weekend In 1986. It was in sweltering D.C. summertime 100 degree heat, and the stadium literally swayed to the music-- the stands were in a somewhat liquidy state of meltdown that day. But to be safe and connected to the music, we stayed mostly away from the stands, and close to the stage, being sprayed by an ever present water hose, and a good-naturedly fun set of music that we all shared in common. Unfortunately, Jerry Garcia was hospitalized in a coma a week later, but he recovered, and looking back, we had much to celebrate that holiday weekend.
Posted by 5L at 3:49 PM No comments:

He was a craftsman no doubt of a finely honed pop rock garden of tunes. He nicely combined his southern roots, his Byrds-like chords, his sweeter than Dylanesque voice, and his Beatle-influenced sound into the classic tapestry of the Wilburys that travelled well. They do not get much better than him. Tom Petty will be missed.