Life on the Shuffle (if not the Fast Lane) 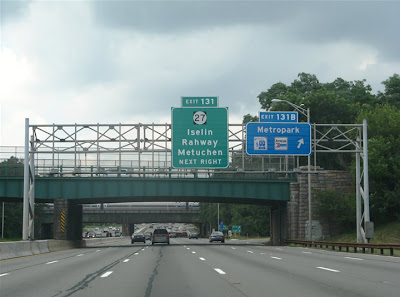 It was an extraordinary Fourth of July. I left at 9 a.m., and I was heading north from DC to visit my mother. The weather was hot but not oppressive, and I felt free, and playful and unencumbered (it is a day of liberty, after all) as I shot north on I-495 and I-95. I heard the special radio shows of the Fourth, of the Past Americana and Europe (a history of Paris), and the state of past, current and future US politics and philosophy, and culture lept before me, and I was able to feel deeply with my emotions and sensory nerve endings exposed, and able to take it in with a clarity that was unusually sharp and focused and extra-sensory. It was jet propelled, and HDTV all rolled into one, and yet it felt oh so natural at the same time.

It was music that was a custom slice of America and more. It was "on the media" on the present and future status of the book with its promise of public collaboration; it was an American tribute from the Beach Boys and Gershwin, and everything in between. It was Summertime in French and beautiful harmonies that included Coldplay and hip hop hotter play. It was playful yet touching on serious topics as well as the light fantastic.

It was a day and a trip of rediscovery, reaching back into America's past and present and yes future and it was reaching back to see who I was 40 or so years ago--influenced by my family's views internally and in a lot of my public behavior in school and after hours at a job in the hardware business, yet I was feeling my wings growing at the same time and I was protesting what was the recent past and present and striking out for human rights.

I was beginning my love with and respect for all people and I was hoping for a better and more enlightened present and future. I was somewhat grounded by my family ties that gave me security and love and nourishment, yet I was struggling to get my legs powerful enough to jump and run and lerch and move forward. I was somewhat shy while I figured things out and I was decent enough and sufficiently law-abiding and truly caring enough to be a decent person yet a person wanting to experiment and jump to the sky while I was grounded and kept a part of my feet on the pitching rubber. I did not want to balk in the winning run.

As the radio played along, it was jumpin jack flash, and I was Mich Jagger in Spain, and it was for what its worth, buffaloing springfield looking at a song for the 60s and 70s and saying hooray for our times, and the great beyond and it was even downtown by a decent but a confused sounding sinatra. It was truly life on the shuffle--free and liberating--jumping back and forth through past, present, and future, fast forwarding back and forth with a clarity and a fuzziness that enabled me to see for miles and miles and to develop a plan for the all the every days in my life and the more special and serious and to see with clarity what I can do to reorganize my life maybe, and reorganizing the office in a non- conventional and dynamic and interactive and workable way I hope.

It was the Fourth, surging forth with freedom and flying ahead with a speed of sound and beyond. It honored the past in a clear sharp manner, yet it lept forward into the future with a sweep that was beyond the horizons of times.
Posted by 5L at 9:10 AM 8 comments: